Interview with Light by the sea (NL/HU)

In June we had the pleasure to interview this amazing Dutch/Hungarian band called Light by the sea. We talked about their single Elenor, debut album, live gigs and so many other things. Keep scrolling for the whole interview ;). 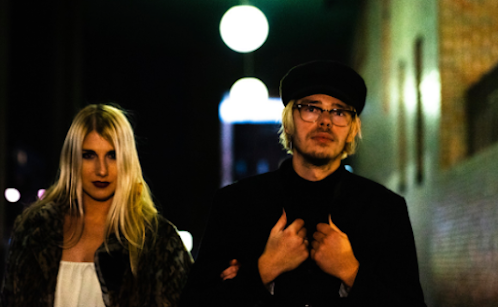 Hey there guys! How are you doing?
We are quite busy at the moment, we are in the middle of the recording of our debut album, two days and we are going back in the studio to finish the last three songs. We have been recording since January this year, it has been a very intensive months although there was no much happening in the music industry because of the pandemic, we kept ourselves really busy with writing and recording.

Would you like guys to introduce yourself to our listeners?

Sure! We are Light by the sea, I’m Anna, I’m Hungarian but lived in the Netherlands for a long time. And he is my partner in crime Davy from Breda, the Netherlands. We came together because we both have our own bands and we were living together of course and during the pandemic we were staying at home, so we were like “okay we are two musicians sitting on a couch” what should we do? Should we write music together, didn’t even come up to us, and then eventually we started writing music together, and now we are here in the full process. Light by the Sea is us, we work with amazing musicians who work with us in the studio, and some will be touring with us live, but basically this is a duo project.

Light By The sea started as a lockdown project?

Yea. This wasn’t planned, we just ended up playing music tougher, this is one of the things we can thank to the pandemic, not so many things but this is definitely one of them, if not the best one, that we started to write and play music together

Recently you released two singles, one called “Eleanor” and “Crimson sugar” would you like to tell us something out them.

Sure! The first single which is elenor, there is kind of a special story, not even lyric ones, but that song was truly the first song we created together. I was writing the demos at home, because I was bored and I said “okay then write something”;  eventually Anna said “I have some ideas” that was the first point of Light By the sea; then I came home and found a demo she made the vocals over and it was truly the first time we said “we should do something with this” and that was Eleanor  We released it in April, including the video clip. Is about a fictional woman, but I was truly hearing her story on how she was committing suicide by jumping off the cliff of the sea in England in the 20s after she heard the news her son was dead, it is a real sad story, that’s why if you listen to the full length song it is very long and there are so many emotions in it. We shot a very nice music video here in Breda, we had very limited opportunities since at the time there was also a curfew, and we had to work really quickly and it was also the coldest day of the year -you can see the goosebumps in the music video- but truly fitted very nice with the story.

Crimson Sugar is totally different and we were a little bit sceptical about releasing the second singe, because of the contrast with Elenor, but we did because we wanted to show that in our debut album, which is coming out in October we have a wide musical spectrum with the genre and moods. Elenor is the most left you can get and Crimson Sugar is the most right you can get and in the album in between those two songs.

With Crimson Sugar we are trying to get into that soviet disco thing, we took a lot of inspiration from the German artist Sandra with the Maria Magdalena song, and Romina Power and some Hungarian disco artists, we wanted the make it as cringe it as possible. Truly this is the funniest thing we ever created.

What is your musical inspirations?

Of course we both have inspiration from our childhood, but since the pandemic we were just stuck to the couch and we were watching live concerts, kind of a mixtures of the 70s-90s bands; and we are really into the 90s.

We would really love to play in Hungary or in the UK once the Covid situation get better. But for now we have a bunch of gigs through out The Netherlands.

Your debut album is gonna come out in October, will you have any new releases in between?

For sure we will have some music video coming out. Our music is very visual, there are always satire s and would like to make it with a big production visual. But also the album is a big work, since we will be also releasing on vynils and will start the promotion of the album in the summer. It is a very busy times. 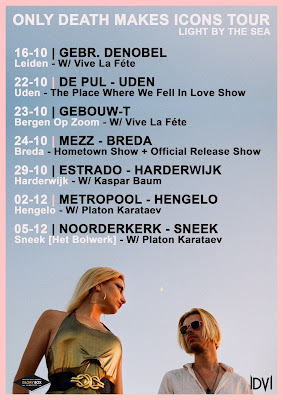 You can follow Light by the sea on spotify => here and make sure to grab your tickets ;).